Not heroes, but messengers.

I always wanted to be the hero that swooped in and saved the day. I grew up in a world that laid in ruins, brokenness never ceased to trail along each path I walked upon. I was used to seeing people in desperate need of a savior, who had no hope to carry themselves on to the next day. The darkness I saw ignited a fire in my soul that consumed my thoughts both day and night. I wanted so badly to change the world that I lived in. I dreamed of this change constantly. As I got older, I learned that my desires to help broken people were no match for Gods. The brokenness that I see breaks His heart far more than mine. I had to understand that I was not the one who brought healing, that I was not meant to save people. Though my desire is to help, I can’t. Why? Because I am not the hero, nor will I ever be. That’s a tough pill to swallow for someone who thinks she can save the world, and who really wants to.
We read tales of mighty heroes, like Hercules, for example. We admire his strength, his bravery, and his selfless nature. I have always aspired to bear the qualities of such a heroic soul—to match such a level of greatness and to be so highly esteemed. That all changed as the Lord began working on my heart. I realized quickly that I am nothing like Hercules, in fact, I never will be. Now, I know what you’re thinking. It’s odd that I would say that since my giant, muscular body is all too similar to Hercules’. It’s surprising, I know. But my physique is all but necessary when it comes to this topic. Instead, I am called to be a Hermes, not a Hercules. Hermes is essentially the messenger for the big wigs on Mount Olympus. Isn’t that what we as Christians are? We are not the powerful, honorable, heroic beings that save people. Instead, we are the messengers that tell the world of the magnificent Savior we serve. The true Savior that this world needs to hear about is Jesus Christ.
Jesus was God in man-form that “…had no form or majesty that we should look at him, and no beauty that we should desire him. He was despised and rejected by men, a man of sorrows and acquainted with grief; and as one from whom men hide their faces he was despised, and we esteemed him not. Surely he has borne our griefs and carried our sorrows; yet we esteemed him stricken, smitten by God, and afflicted. But he was pierced for our transgressions; he was crushed for our iniquities; upon him was the chastisement that brought us peace, and with his wounds we are healed.” (Isaiah 53:2-5). He is the one true King that has reconciled us to the Father. Jesus Christ shed His blood for us on the Cross, to forgive us of our sins and purify us from our iniquity, and then He rose on the third day and was seated at the right hand of the Father. That is what saves. Jesus’s death and resurrection are the ONLY truths on earth that can save a person’s soul and change their life.
It’s hard to grasp the simplicity of the Gospel, but its simplicity is also very comforting. We do not have to jump through hoops, solve complicated riddles to pass through gates, or even slay dragons to be saved from a life of sin and misery. Instead, all we do is accept the gift of salvation and surrender our entirety to a Savior who loves us more than life, literally.
To effectively save the people who inhabit this earth, we must present the Gospel to them. I think of evangelism like this: Imagine a doctor that prescribes medicine. The doctor is not the healer, but the medicine is the one that does the healing. Without the medicine, the doctor would have no purpose. It is the same with us and Jesus. We see the world is broken, we know the world is sick, and we know the source of its sickness is sin. So, we prescribe to them a Savior named Jesus that will cleanse them from the sin that destroys the body and the soul. Jesus is the One who heals— the Holy Spirit is the medicine that purifies us so that we may find peace with God and freedom from our sin.
My duty in this life is to focus on spreading the Gospel—to be a messenger that brings the good news of the Gospel to the people around me. My role in this world is to be the messenger, not the hero. That’s His job. 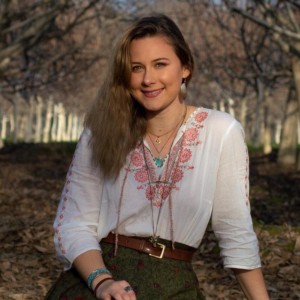 Lacey Patrick is the Media Specialist at Crown Valley Youth Ranch. She is currently attending Biola University, working towards her degree in Psychology with a minor in Biblical Studies. She's known as "Bullfrog Legs" around these parts.
We use Cookies - By using this site or closing this you agree to our Cookies policy.